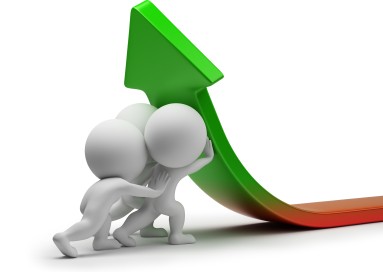 The start of 2018 saw a moderation in economic data from major developed markets, although business investment and favourable employment conditions are providing a solid foundation for growth. While inflation remains below target in advanced economies, central banks have begun the process of gradually tightening monetary policy.

The US economy ended 2017 on a slightly shaky footing, with the first estimate of Q4 GDP recording growth of 2.6%, slowing from Q3’s growth of 3.2% and lower than the market’s anticipated 3.0%. Imports, which subtract from GDP growth, increased at their fastest rate in more than seven years, highlighting the challenge facing the Trump administration in achieving its 3.0% growth target.

Euro area GDP grew by 0.6% in Q4 (2.7% year-on-year), slightly lower on Q3’s growth of 0.7% (2.8% year-on-year). Recent survey data shows that manufacturing is growing at the fastest rate in over two decades, while the services sector enjoyed its best year since 2007. Major European shares leapt to record earnings early in 2018, despite a rising euro and falling US dollar.

The Chinese economy slowed marginally in the December quarter, with GDP growth falling to 6.8% after averaging 6.9% in the first three quarters of 2017. A clampdown on factory pollution, a further lift in borrowing rates, and tighter financial conditions in the shadow banking sector are likely to have dampened growth.

In Japan, Q3 GDP growth was revised up to an annualised 2.5% from a preliminary estimate of 1.4%, and just shy of the 2.6% recorded in Q2. The main drivers of growth were corporate investment and net exports, offset by a contraction in domestic consumption. Inflation is estimated at 0.7% for fiscal year 2017, and 1.1% for 2018. Consumer prices are still lagging in an economy that appears to be growing at a steady pace, thwarting the Bank of Japan’s attempts to achieve its 2% inflation target.

The economic outlook for Australia has improved in recent months with evidence of a recovery in business investment now complementing the very strong labour market and business conditions data. The RBA’s February monetary policy statement was undeniably more bullish compared to its December release, but nevertheless the board opted to keep the cash rate on hold at 1.50%, with inflation still low but expected to move higher.

The information contained in this Market Update is current as at 14/02/2018 and is prepared by GWM Adviser Services Limited ABN 96 002 071749 trading as ThreeSixty Research, registered office 105-153 Miller Street North Sydney NSW 2060. This company is a member of the National group of companies.